We are a hockey family.

My husband and father-in-law played high level hockey and were good (wifey brag). When we had children it was a given that they would be engulfed into the hockey life. The love of hockey started both early and late for my oldest daughter. Miss G was merely months old when she started watching hockey with her Dad but only started playing when she was peewee aged. Miss G, now 13, learned the sport quickly and made the competitive bantam team after playing only two years. See… those hockey genes run deep.

Miss G’s passion for hockey grew after we attended an International Ice Hockey Federation game in 2013. We bought last minute tickets that became available in a suite and we cheered on Canada as they beat Finland 8-0. We missed seeing Hayley Wickenheiser play as she was out with an injury but when Miss G saw Meghan Agosta-Marciano score a hat trick and she was hooked! The conversations about high level women’s hockey, including University hockey (helllllo scholarships) and the Canadian Olympic team, started that day. Miss G is in love with other sports as well. Miss G is in to ALL the sports! Volleyball, football, soccer, badminton, all track events and especially kayak and canoe paddling.

Did you know that Hayley Wickenheiser was not only on Canada’s Olympic hockey team but represented Canada is the Olympics for softball? It is true! What a great role model for anyone, but even more so for a hockey loving Canadian girl that loves being active. Hayley has changed the conversation in our home.

Miss G “I really want to go to the Olympics one day.”

Me “Cool! For hockey, track or paddling?”

That day in April 2013 was not just an outing for our family. It planted ideas that are growing. My youngest, Miss T, was 6 when she saw Shannon Szabados earn her shut out against Finland. Miss T is now a goalie in novice and is doing really well. I see her following her sisters lead and having a love of all sports.

Later this month 1,500+ of female hockey players aged 8-18 years will be meeting in Calgary for the Wickenheiser Female World Hockey Festival. More than just a tournament, the festival includes workshops and clinics. World renowned coaches, athletes and experts from around the world will talk about everything from athlete nutrition to off-ice training. The festival is Hayley Wickenheiser dream come to life.

Canadian Tire is a proud supporter and sponsor of the Wickenheiser Female World Hockey Festival. This is the 6th year of the festival and Canadian Tire’s 3rd year as a title sponsor. it is great to see a Canadian company take such pride in supporting our female athletes.

Canadian Tire is throwing a twitter party to celebrate the Wickenheiser Female World Hockey Festival. Special guests Hayley Wickenheiser and Meaghan Mikkelson will be on hand to chat and answer any questions you may have. There are also some prizes up for grabs. Everyone is welcome to come chat but prizing is open to Canadian residents only (excluding Québec).

Tips for a Smooth Hockey Season Plus Giveaway

Giveaway: I am a Hockey Mom… Now what?! NHL Labels for Everything! 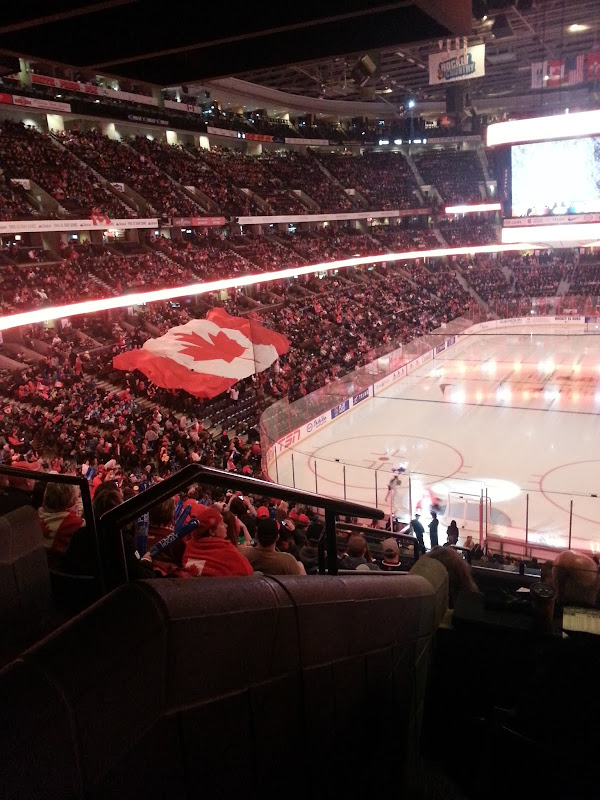