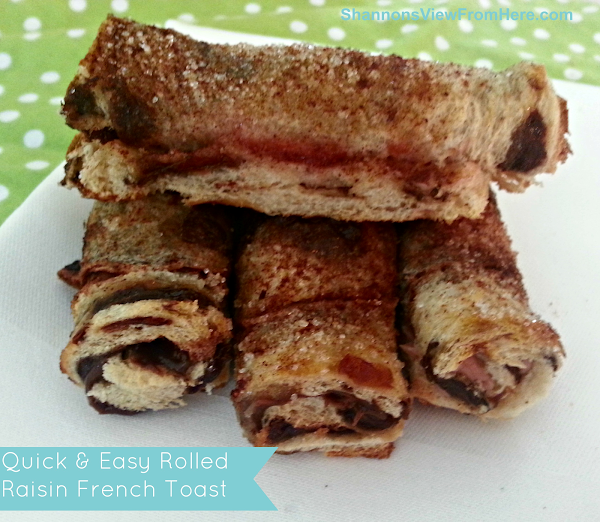 I love that this recipe is quick and easy for a busy morning. Everyone gets the flavours that they want too! This is more a method than a recipe.

Roll Up French Raisin Bread with Lots of Flavours

First you will want to roll out the slices of Sun-Maid Raisin Cinnamon Swirl Bread with a rolling pin and cut off the crusts.

Next you will spread cream cheese over the entire piece of bread. I had 3 kinds of cream cheese including regular, strawberry and chocolate flavoured. You can prepare them with just the cream cheese or add some fruit that is sliced thinly on the edge only. Another variation is to use some jam, I really liked it with strawberry jam. Great for those mornings that you do not have fresh fruit on hand.

Roll the bread up starting with the edge that has the fruit or jam on it.

Spread some of the melted butter on the rolled french bread. Sprinkle with sugar and cinnamon. I just eyeballed this part because some family members like more cinnamon than others.